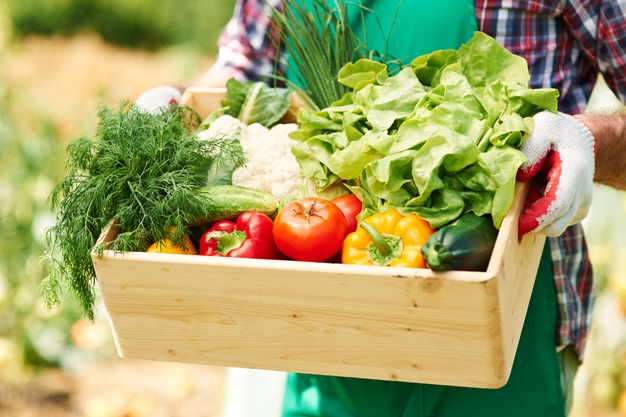 Listen to the full episode 8.

Outdoor vegetable gardening is gaining in popularity for many reasons including its mental and physical health benefits. What better way to increase the vegetable varieties in your plant-based diet than to plant them at home? In this Alternative Food Network podcast, horticulturist, professor and radio guest Paul Zammit offers tips for successful outdoor vegetable growing.

What should people be thinking about when starting an outdoor vegetable garden?

When it comes to sunlight, Paul recommends looking at your garden, mapping it out and seeing how much sun it actually gets. Ideally, to be most successful with most of the vegetables, you  want a good six to eight hours or more of sunlight. Depending on where you are in city environments, often there are large trees or buildings that can create shade.

Understanding your soil type is also very important. Do you have a very sandy soil or clay based soil? It’s easy enough to test – go out there and grab a handful of soil. When you squeeze it, does it crumble or does it take the shape of your hand?

Also, if someone is new to vegetable gardening, Paul suggests not necessarily starting by planting a giant garden. Start small and work your way up.

For water, think about your water source. Paul encourages people to think about capturing water; perhaps installing something like a rain barrel, or see how you can capture and conserve moisture.

First-time vegetable gardeners:  Raised beds, in-ground or containers?
While Paul encourages people to use containers when they don’t have access to a traditional garden, he wants people to connect with the soil. So if there is an option for in-ground gardening, he suggests investing in creating the garden in the ground. However, he adds “don’t dismiss a couple of pots, perhaps filled with some delicious herbs, right by the doorway or by the barbecue where it’s easy to reach.”

Should people start seeds indoors or outdoors?
This is an area where there tends to be a lot of confusion according to Paul. The answer depends on what you’re growing. Some need warmer soil so vegetables like tomatoes in a northern climate may not have a long enough growing season if first planted outside in the garden. Get a head start by starting tomato seeds indoors on a windowsill or under artificial light six to eight weeks before planting them outside. If you grow leeks, start those inside twelve to fourteen weeks before you’re going to plant them outside. Eggplants, peppers, onions and cabbages can also be slow so you’d often start inside in a northern climate.

Having said that, Paul mentions a number of plants that like to grow fairly cold such as chard, leaf lettuce and peas. Those are vegetables that can be started directly in the garden.

Some plants do not like to be transplanted such as beans and cucumbers so wait to plant in-ground when the soil begins to warm up because they do not like cool conditions. Some folks start cucumbers inside. If you do this, Paul recommends starting them in a fairly large container so that you do minimal root damage when transferring outside.

If you’re waiting to grow vegetables in-ground that require warmer soil, Paul suggests growing leaf lettuces and radishes in that space first. Radishes have a harvest date of twenty days which means they can be grown, pulled out and then vegetables like beans and cucumbers that like the warmer soil can be planted. “It’s about crop rotation as well,” says Paul.

For warmer climates, the longer the growing season, the more you can start directly in the ground.

Soil Preparation
Evidence is starting to show that turning soil over is not necessarily beneficial, from the standpoint that the soil is filled with millions of micro-organisms, bacteria, fungus, nematodes, protozoa, all which do have a very important role. So if the space is already existing, do minimal cultivation. However, if it is a new space, loosen up that hard soil and dig.

Feeding the soil is also important. Plants are growing and they demand nutrients. One of the most fundamental things that we can do in the vegetable garden is add organic matter. That can come in a few different forms:

With sufficient amounts of organic matter, Paul says you really don’t need to feed throughout the rest of the summer. You just need to be very conscious of how and when you’re watering and perhaps using some mulch to help to conserve moisture in the vegetable garden.

Fertilizer for the Vegetable Garden
Paul’s motto is “learn to feed the garden from the garden” by adding organic matter, whether it comes from food compost, composted manures or even shredded leaves, and allow those to break down.

One variable to note is the soil’s pH. pH can vary and some vegetables prefer one pH versus another. So it might be a good idea to have a soil pH test done.

In terms of fertilizing, many vegetables tend to be heavy feeders, so you really want to add as much organic matter as you can in the ground. In Paul’s opinion, once organic matter has been added in the ground in the spring, it usually carries the garden for the whole season.

Paul also mentions the importance of crop rotation. “Don’t grow tomatoes in the same spot that you grew tomatoes last year because tomatoes will feed on very specific nutrients. And if you put tomatoes there next year, that soil has already been somewhat depleted of those nutrients.”

There is a tendency to water more frequently raised beds and containers because they will dry out more often. Any of the nutrients that are there are leached so do not use topsoil or triple mix in containers. It’s far too heavy. The roots can’t breathe and the plants don’t do well. A container mix is needed or a medium that is fairly porous and absorbs moisture. And in that case, this is where Paul says fertilization becomes really important; using an all-purpose or vegetable fertilizer or an organic water soluble fertilizer becomes really key.  Follow the recommended rates as well. Some people think they should just add a little bit extra but according to Paul, a little extra fertilizer is not a good thing.

What is the best time of day to water a garden?
Depending on where one lives geographically, Paul suggests looking at water with a critical lens and realizing that every drop matters. Water when the plants are going to be able to utilize it and try save as much water as possible. This means:

Another reason for watering in the morning relates to pests. Watering can actually encourage pests and diseases since many of the fungal pests need moisture on their leaves to spread, which they tend to do in the evenings or through the night. So it’s really important that the plants go into the evening with dry leaves. If it rains, no need to worry. Rain is the best kind of moisture we can get. But try to get the plants to go into the evening dry so that these pathogens, such as some of the fungi or the bacteria, don’t have the opportunity to spread on the moist damp leaves.

Another tip to conserve moisture is to use mulches in your garden such as shredded leaves, straw or shredded cedar.  Mulch prevents a lot of moisture from evaporating from the soil surface. It keeps the ground a little bit cooler and moister which is more ideal for the plant. Plus mulch can also help reduce some disease that splashes up from the soil onto the plants.

Protecting a vegetable garden from insect pests and animals
With so much investment in a garden, we want it protected from insect pests and animals. In terms of insect pests, Paul reminds that there are a lot of insects that we often refer to as pests that are actually very beneficial to have in the garden. We should actually be encouraging them or attracting them in the garden because they can help us to control some of the less favorable pests that do more damage. People should learn to identify the pest and then evaluate whether it needs to be controlled.

Paul also thinks people should be a little bit less picky and realize just because a plant has a hole in the leaf doesn’t mean it’s any less nutritious.

Protective coverings are an option. For example, coverings can protect against leaf beetles or flea beetles that attack things like radishes or tomatoes. However, there are some plants that need to be pollinated, so a protective covering would not work on cucumbers, because you need to get the bees in there.

When it comes to animals such as deer, rabbits, squirrels and racoons, Paul cautions that people need to realize we are sharing our homes with these creatures. They are part of an ecosystem that we share.

There are deterrents such as water sprays and physical barriers such as hard wire cloth or chicken mesh. Paul is not a fan of cayenne pepper which some people use around the garden. Paul suggests looking at foods that animals don’t eat and grow those vegetables. Another idea is to grow vegetables that animals like in containers closer to your house as the animals might be less likely to come close to the house.

Consider building a frame to enclose some of the more sensitive edibles such as lettuce, cucumbers, chard, beats or strawberries. However, Paul says he rarely sees tomatoes, eggplants or peppers getting eaten so he is not concerned about putting them under a cover.

How to deal with weeds in the garden
Paul recommends learning to identify the weeds because some of them are annuals so they just live for one year, drop seeds and die. Others are perennial and they run underneath the ground. How you manage them becomes very different. Ideally, you do want to get rid of as many of the weeds as possible by digging them out or gently pulling them out. In early spring watch the soil surface. Usually what you’ll see is tons of little seedlings. By quickly taking a shovel or a cultivator and just scratching the surface, you will actually kill many of them and start to cut into the cycle. And if you do have issues with weeds in the garden, even if you can’t necessarily get to pull them out, what’s really important is not to let them go to seed. So when they flower and they begin to produce seed pods, cut those seed pods off and discard them. You want to prevent them from producing hundreds if not thousands of seeds, which are just going to be a source of problem the following year.

Listen To The Full Podcast Episode 8