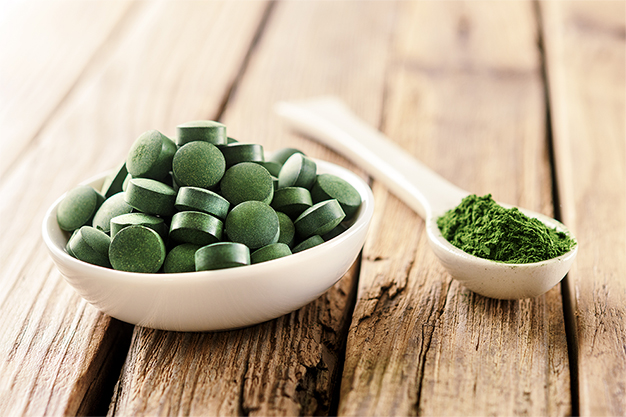 Listen to the full episode.

It has been touted as the food of the future and the most nutrient dense food on the planet. Algae is a food that’s “a gift to us from mother nature”, says Catharine Arnston, Founder & CEO of Energybits, who is interviewed in this episode.

What is Algae?
The type of algae discussed in the podcast is a food crop grown in fresh water. It is not grown in the ocean. It has a high content of protein, vitamins and minerals and is a multi billion-dollar industry in Asia.

Macroalgae and microalgae are two subcategories of algae. Macroalgae is what you see washed up on shore such as seaweed, dulse and kelp. Microalgae can be found everywhere, in the ocean, rivers and pools but it’s toxic to humans. Of the all the strains of microalgae, two types of microalgae are grown as an agricultural crop: 1) Spirulina (blue-green algae); and 2) Chlorella (green algae).

Difference Between Spirulina and Chlorella
Spirulina is technically bacteria. It has a very high concentration of protein and, according to Catharine Arnston, is known for giving a person energy and focus. Declared by the United Nations as “the best food for the future” and recommended to governments in a 2008 report by the United Nations Food and Agriculture Organization, spirulina has the potential to fulfill food security needs.

According to Arnston, spirulina is a complete protein. Spirulina also has B vitamins and essential fatty acids like omega-3 and GLA (gamma linolenic acid) and is high in iron, among many other nutritional benefits. According to Arnston who calls spirulina “efficient nutrition”, spirulina algae can satisfy hunger without carbs so people also use it for intermittent fasting.

Chlorella is completely different than spirulina. One unique characteristics of chlorella is its high concentration of chlorophyll. Chlorophyll is important at the cellular level for getting nutrients in and toxins out. (For more on this, listen to Alternative Food Network’s Doctors+ podcast episode 10 on The Role of Nutrition in Mitochondrial Dysfunction and Chronic Disease with Dr. Mel Litman.) What kind of toxins? Arnston mentions its use after nuclear disasters, chemotherapy and even to avoid a hangover after drinking too much alcohol.

A second interesting characteristic about chlorella is that its chemical composition is similar to that of hemoglobin. Arnston points out that in WWI, when blood for transfusions ran out, the injured were given liquid chlorophyll.

Chlorella also is a natural source of Vitamin K2 which is important for heart and bone health says Arnston. Dietary sources of vitamin K2 include eggs, meat and various cheeses, foods which are lacking in a vegan diet.

Arnston also mentions that chlorella has been used to promote gut health.

How is Microalgae Processed?
Most microalgae is grown in Asia. It is grown in ponds and takes 1-2 months to grow. Then it’s dried into a powder. Energybits presses the powder into tablets, which tablets are imported into the US and tested by a third party lab.

2018 Farm Bill
The 2018 Farm Bill was signed into law in December 2018. It expanded federal support for algae agriculture, placing algae as one of the priorities for new crop development.

NASA’s Interest in Algae
Two of the reasons for NASA interest in algae are because of its nutritional density and oxygen generation according to Arnston.

Algae and COVID-19
Studies mentioned in the podcast:

Who Should Not Consume Algae
According to Arnston, she has not heard of any allergies to spirulina. However, if someone is sensitive to vitamin K or beta-carotene, algae would not be appropriate.

Also, since chlorella pulls out toxins, Arnston did not know if chlorella identifies medication as a toxin. Therefore, Arnston recommends taking chlorella two hours before or after taking other medication. Arnston further says she’s “on the fence” about whether chlorella can treat auto-immune conditions despite it being an immune system builder.

Benefits of Algae if You’re Plant-Based
Of particular interest if you’re plant-based is that algae is a great source of omega-3’s, iron and chlorophyll. Arnston adds that today’s vegetables don’t contain the same nutrients as they once did so it’s difficult to get all the nutrients one needs with plants. Algae can be a great and easy source of nutrients.

Chlorella Detox
Since chlorella is a detoxifier, it is possible it could cause some short term distress according Arnston such as headaches, breakouts and stomach discomfort.

Algae for Immune Support
Algae provides great immune support, says Arnston. Algae has so many nutrients including zinc, vitamin A, B3, amino acids and chlorophyll that it makes it “easy to stay healthy”.

Future for Algae
We’re going to see it more and more in drinks and foods such as meat alternatives, soups, sauces and pasta. It’s even being used in food packaging. Unilever recently entered into a partnership with biotech startup Algenuity. They are exploring microalgae’s potential in food innovation. Algae represents an alternative source of protein which is key to feeding a growing population while reducing the impact on the environment. 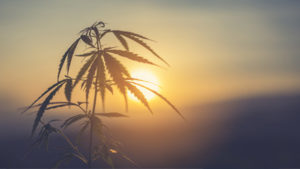